Fringes, floral patterns, and carefree vibes. But, perhaps, what we should care about are the implications of this style: is boho fashion cultural appropriation or a harmless trend?

Let’s figure it out together.

What does boho mean in fashion?

Boho is short for ‘bohemian’ and, in fashion, this style is also known as ‘boho chic’.

Boho fashion is often described as gipsy and free-spirited, too.

While the first boho looks originated around the time of the French revolution, the style as we know it today finds its actual roots amongst the countercultures of the 1960s.

Still, it rose in popularity once more in the early 2000s thanks to the outfits of celebrities like Kate Moss and Sienna Miller, festival attire, and fast fashion.

Nowadays, boho is rarely associated with its original countercultures and more with a trendy style.

The problems with boho fashion

The word ‘bohémien’ started out as a pejorative term in French to describe the nomadic communities that reached France around the 15th century.

Why? Because the French erroneously thought they had come from Bohemia, a region presently corresponding to a part of the Czech Republic but a separate kingdom until 1918.

So, the main problem that we find when it comes to boho fashion and cultural appropriation is the romanticised view of a gipsy lifestyle.

Idealised as being full of freedom, travel, and magic, the real lifestyle of the Romani people was actually much different: they were marginalised, discriminated against, persecuted, murdered, and suffered a cruel diaspora. Therefore, they weren’t always nomadic by choice.

And let’s not forget that many Romani people consider the term ‘gipsy’ a racial slur that can reinforce harmful stereotypes against them.

Maybe not the best label to describe your festival outfit, right?

Another problem with boho fashion and cultural appropriation is that, as it often happens when the Western world ‘draws inspiration’ from other cultures... the latter just don’t see any benefits!

This is because most boho garments actually consists of fast fashion pieces produced by underpaid and exploited garment workers in developing countries and sold to Western customers at low costs.

Basically, the real Romani people don’t actually benefit from outfits inspired by their culture and lifestyle.

So, is boho fashion cultural appropriation?

Overall, whether or not boho fashion can technically be considered cultural appropriation is still a debate. However, we believe it’s certainly problematic.

Taking another culture’s traditions just because we love the way these clothes look on us really does highlight our privilege, don’t you think?

Plus, adopting something without being informed on its meaning and history could easily lead to disrespecting it, much like wearing eagle feathers from Native American traditions. 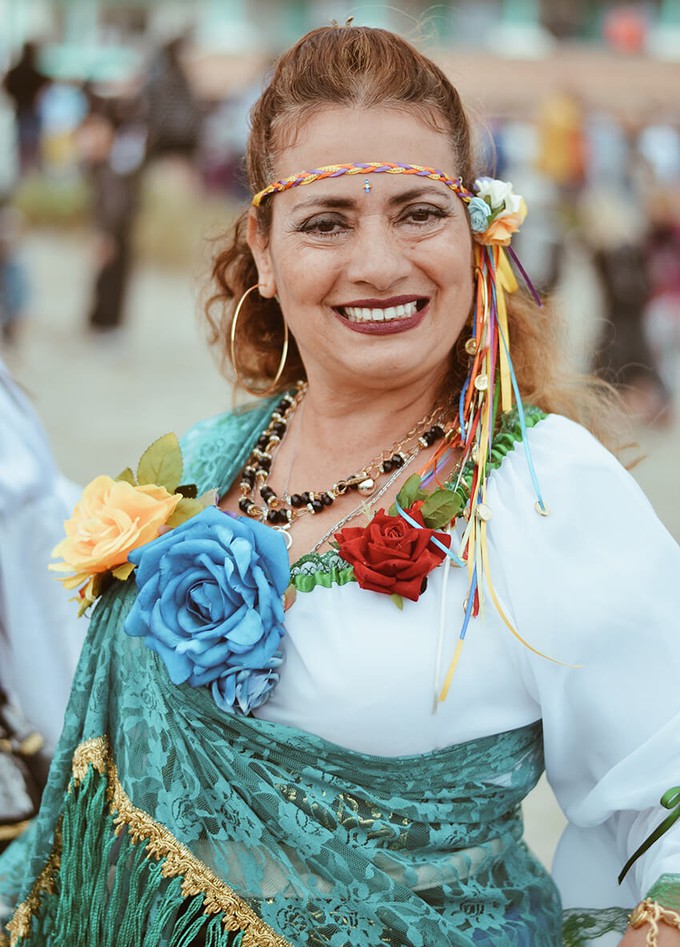 Celebration instead of appropriation

If you’re intrigued by boho fashion but want to celebrate it instead of appropriate it, here are our tips:

Regardless of whether or not you personally believe that boho fashion is cultural appropriation, we think we can all learn to appreciate it more respectfully.

Subscribe to our newsletter for more tips on how to make your approach to fashion more sustainable and ethical.

How to Create a Signature Style in Fashion [6 Easy Tips]

Whether with a palette, repeated pattern or something else entirely, here’s how to create a signature style for an immediately recognisable fashion statement.

From child labour to toxic dyes, there’s a high hidden cost behind cheap labels. Check out the problems with fast fashion and discover a sustainable solution.

9 Best Sustainable Summer Dresses to Brighten Up Your Wardrobe

Are you after a sustainable summer dress that you can make the most of for many more warm seasons? Well done, you! We thought we’d share our favourite ones to help you choose.

We use cookies to analyse how the site is used and for social media integrations. Have a look at our privacy policy to find out more. By continuing to make use of the website or by clicking "Agreed", you agree to our use of cookies.